Graduate students in the College of Public Health developed a public health campaign for the Mason City's North End neighborhood to combat negative perceptions in order to improve residents' health and well-being.

This campaign seeks to improve perceptions of Mason City's North End neighborhood.  Negative stigmas attached to the neighborhood, often considered run-down or dangerous, can have an adverse effect on health and wellness.  Data suggests that perceptions don't necessarily match reality.

The City of Mason City has focused some resources and efforts into revitalization of the North End neighborhood, including business loan matching grants, parking lot paving, and urban renewal project ideas. The goal of this project was to create a communication campaign for Mason City centered on the revitalization of their North End neighborhood. It is through a carefully planned promotional campaign, with messaging about the historical and personal significance and beauty of the people and places in the North End that we plan on bringing interest back into the area in hopes it will stimulate more investment in time, resources, and efforts into making the neighborhood a vibrant and lively place to live and do business. Change on the scale needed in the North End will not come from city mandates alone; it must come from citizens of the neighborhood and the city itself. By creating buzz about the area, the students had a goal to not only bring some much-needed excitement about the North End, but also to bring the neighborhood together behind the campaign, to foster cohesion and pride in the historical and storied area with the end goal of renewal and rejuvenation as a product of the cohesion. 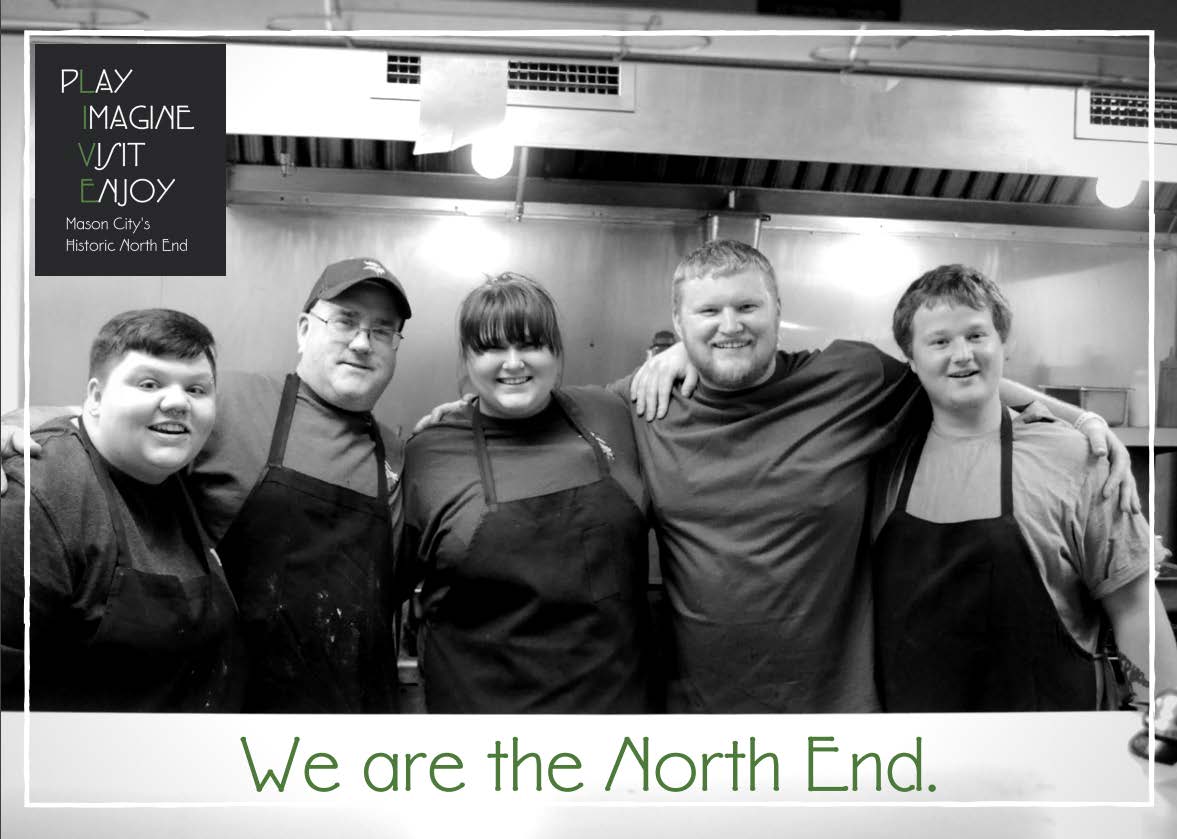