Film students from the Department of Cinematic Arts created short film profiles of Webster City residents, with the goal of telling personal stories of individuals who are working to make a difference in their community. 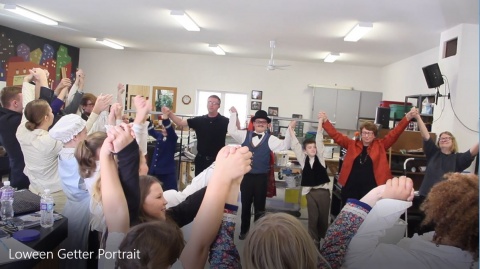