Shelly Park Redevelopment has a couple design challenges. The City of Manchester's goal for the park redevelopment is to include pedestrian access from the parking lot behind the buildings downtown, to Franklin Street and the store frontages. Pedestrian access includes ADA compliant walkways. Existing retaining walls for the flower beds and the gazebo area are showing their age and are deteriorating. Park redevelopment needs to take into consideration the existing gazebo, needed shade and picnic areas, as well as riverfront visibility.

The engineering planning team began with the objectives given by the clients, which include the design of new retaining walls, inclusion of an ADA accessible sidewalk, maintenance of needed shade in the day and adequate lighting after dark, an incremental reduction in flood threat and designing around how people now interact with the Maquoketa River from Shelly Park, particularly since the creation of the whitewater park.  In addition to making the park functional for all residents and visitors, the engineering team designed new concepts to reimagine the use of the space, including an amphitheater and replacing the deteriorating gazebo with a modern new concrete lookout over the river.  Design renderings and cost estimates are included in the final report. 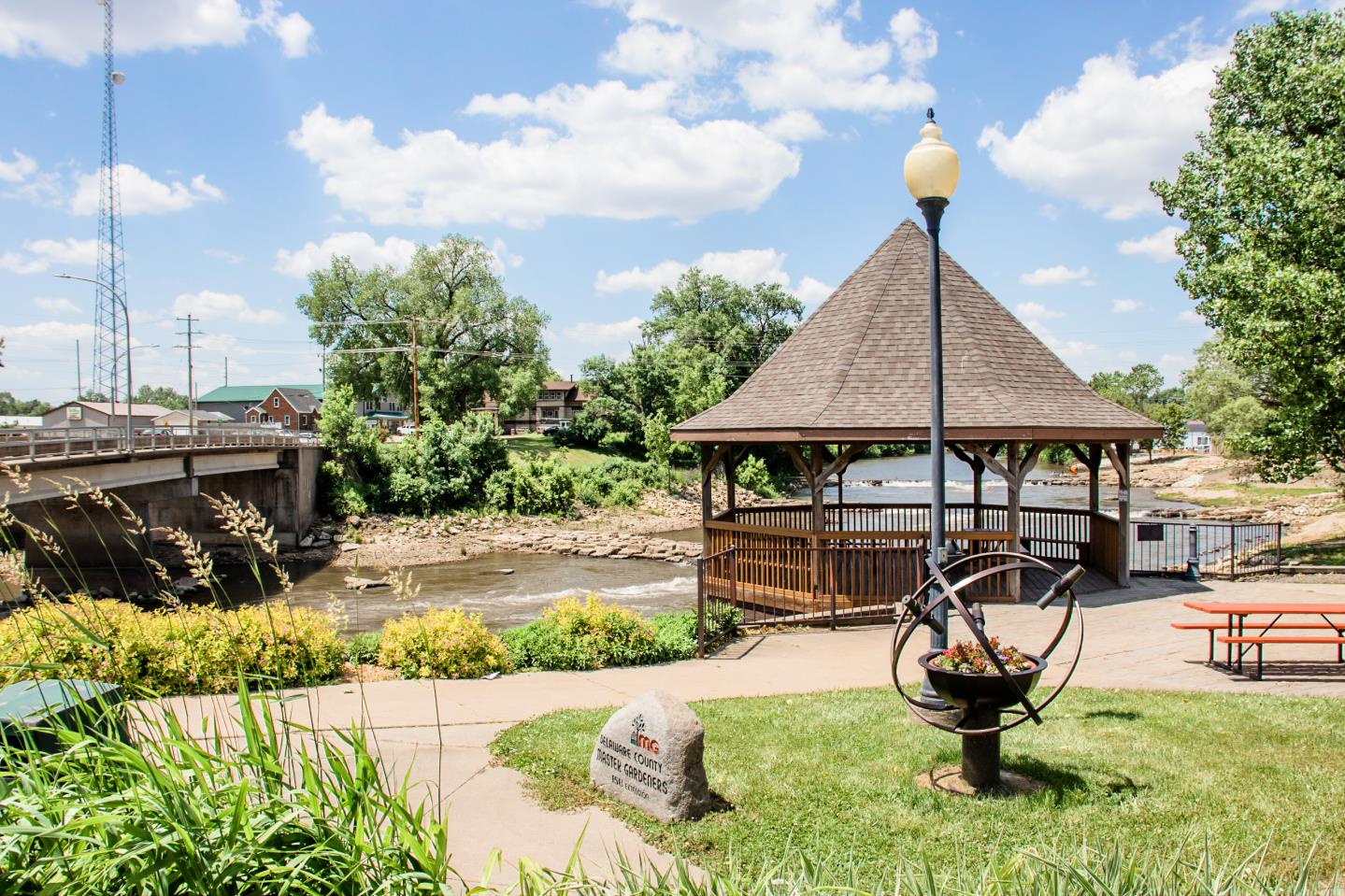