College of Law students in the Community Empowerment Law Project conducted a study to evaluate the implementation and community awareness about the Fair Chance Initiative in Waterloo, also known as "Ban the Box".

As a step towards addressing inequities and racial disparities, the City of Waterloo City Council passed the Fair Chance Initiative, an ordinance which “bans the box,” removing questions about criminal history from job applications and preventing private employers from asking about an applicant’s criminal history until the end of the hiring process. Ban the Box laws seek to remove barriers to employment, decrease recidivism, and improve the reentry process for returning citizens. Although thirteen states have ban the box laws for private employers, Iowa does not and Waterloo, in October 2019, became the first municipality in Iowa to pass such an ordinance. In January 2020, the ordinance was challenged in court and, in April 2020, the district court found for the City of Waterloo.  The ordinance went into effect on July 1, 2020. The suing party filed an appeal, which is pending before the state Supreme Court.

The goal for the law students was to look at the impact of the FCI within the City, the positive or negative effects, and overall reaction of employers within the City. Due to the newness of the ordinance, compounded by the effects of the COVID-19 pandemic,  quantitative data wasn't available to show effects on Waterloo.

The law students reported on the history of BTB in Waterloo, conducted a comparative analysis of other jurisdictions’ BTB laws, and recommendations for the City to improve implementation of the ordinance and to further the underlying principles of the BTB law, should it be struck down. 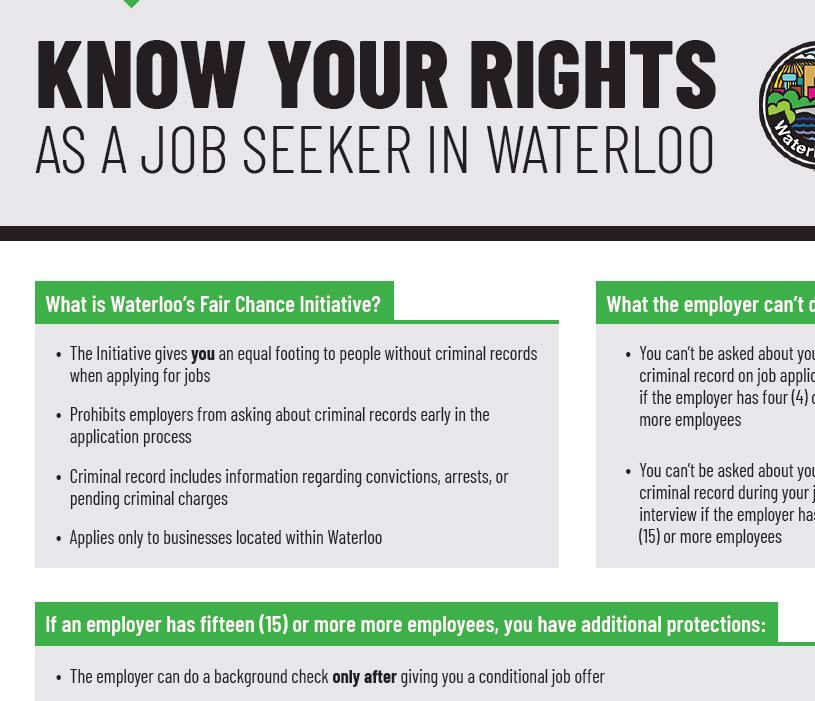