Civil & Environmental Engineering students created a design for replacement of a pedestrian bridge for the Cedar Prairie Trail in Waterloo, Iowa.

The City of Waterloo hopes to replace two pedestrian bridges along the Cedar Prairie Trail that cross Black Hawk Creek. Both existing bridges are located south of Ranchero Road. The northern bridge spans approximately 250 feet and the southern bridge spans approximately 150 feet. The existing bridges were built on top of an old railroad track and are thus elevated by existing railway embankments. The current structure was built in the late 19th century as a railroad bridge, and is currently in in poor shape- there are no suitable detours available for the casual trial user if this crossing is closed. The two existing bridges are currently experiencing severe deterioration such as corrosion, dry rot, and broken cross bracing, as well as significant debris in the waterway. Additionally, the City of Waterloo would like to create more aesthetically pleasing bridges along the Cedar Prairie Trail.

The Civil & Environmental Engineering project team produced a preliminary engineering report to help local officials make decisions about how to improve or replace the Cedar Prairie Trail pedestrian bridge. The study will provide designs, renderings, and cost estimates. The team began by proposing five alternatives for the alignment of the bridges and trail, with several design alternatives for the bridges themselves. After meeting with the clients, the team determined to pursue preliminary designs for two alignment alternatives, with a constructed bridge made of steel framing with a wood deck for one alternative and a prefabricated steel bridge for the second alternative. Additionally, the team recommends removing the existing railway embankments as a secondary phase for the project. The final report includes design alternatives and cost estimates. 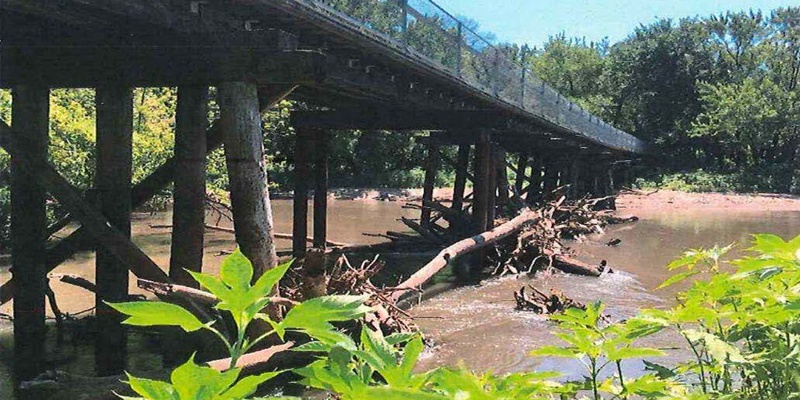